Give Meat This Eid

Every year during the Islamic month of Dhul Hijjah, Muslims are commanded to slaughter an animal in the name of Allah. This act of sacrifice is a reminder to the believers of Prophet Ibrahim’s piety and willingness to sacrifice his only son, which Allah replaced with a ram. At least one-third of the meat from the animal must go to the poor and vulnerable, while the rest would traditionally be shared with family and neighbors.

We want to share the opportunity to participate in Qurbani for those who need it most. For many families, this is the one time of year that they will get the chance to eat meat. Additionally, instead of just one-third of the meat going to the poor and vulnerable, the entire animal will be distributed to the most impoverished areas in Africa. With your generous donation, we can provide much needed relief during this blessed season.

Whole sheep in Gambia or Senegal 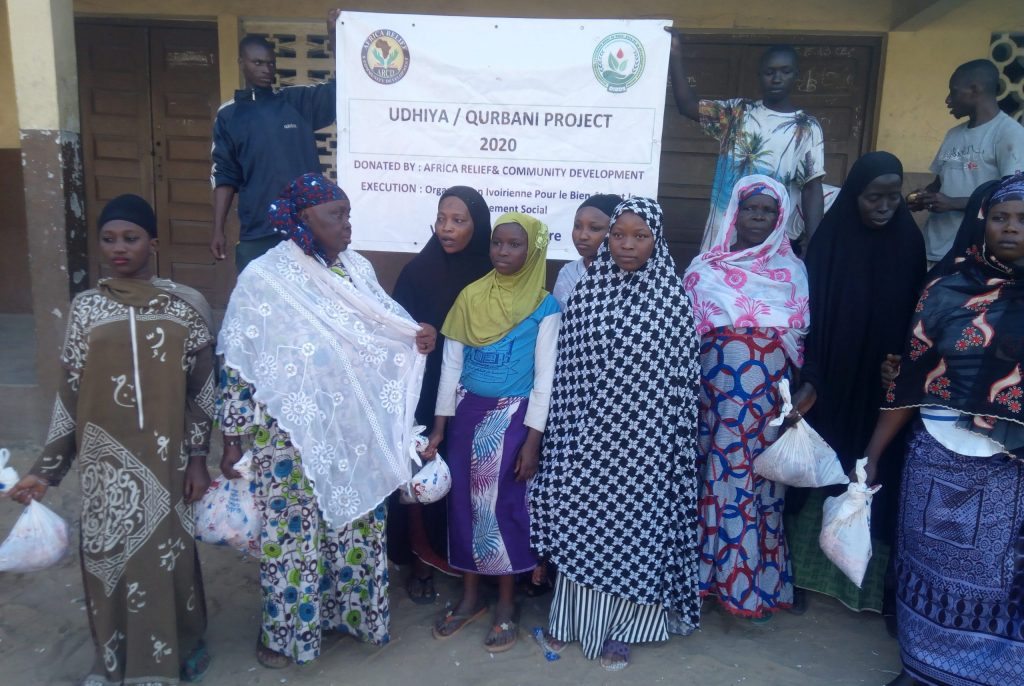 At Africa Relief, we enable our partner communities to develop custom solutions to their most pressing challenges. We respond to emergencies with every means at our disposal – delivering food, digging wells, training women, providing healthcare, and sponsoring orphans and educational programs. We equip communities with the tools and skills they need to sustain themselves. It is our vision to see a prosperous Africa, thriving with self-sufficient and empowered communities. Join us in our mission for change.